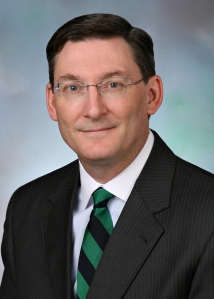 For almost three decades Joe Kennedy has provided legal and economic advice to senior officials in the public and private sector.  Much of this advice has been directed at how social policies involving technology, competitiveness, and the social contract.

As a Senior Officer at the Pew Charitable Trusts he started and oversaw the Financial Reform Project which was widely credited with bringing timely, objective information to Congress and the Administration.  As part of the Project he helped put together and support a Task Force of leading financial experts co-chaired by Martin Bailey of Brookings and Peter Wallison of AEI.  This Task Force produced the only bipartisan comprehensive blueprint for reform introduced during the debates.

Dr. Kennedy previously served as the Chief Economist for the Department of Commerce where he oversaw a staff of 15 economists and regularly briefed the Secretary of Commerce on economic issues including the financial crisis and immigration reform.  He has held numerous other positions in government, serving on committees in both Houses of Congress and in the Executive Branch.  As Senior Counsel for the Senate Permanent Subcommittee on Investigations he helped oversee investigations of the credit counseling industry, music downloading, and the U.N. Oil for Food Program.  As Senior Economist for the Joint Economic Committee he authored papers on telecommunications policy and nanotechnology.

Dr. Kennedy spent ten years at the Manufacturers Alliance working with senior executives from the nation’s leading manufacturing companies.  He recruited and ran peer learning councils on strategic planning, technology, and supply chain logistics at which vice presidents and directors shared information about how to respond to the challenges of a dynamic, global economy.  He also wrote a number of articles on subjects including government entitlements, tort reform, global warming, encryption, regulatory policy and the future of manufacturing.  He has also practiced corporate and environmental law for a large Washington firm.

Dr. Kennedy has served as the President of the Board for the Arlington/Alexandria Coalition for the Homeless.  He teaches a course in Law, Economics and International Policy at Georgetown University.  He has received the Quality of Communication Award from the American Agricultural Economics Association and is the author of Ending Poverty: Changing Behavior, Guaranteeing Income, and Transforming Government (Roman and Littlefield, 2008).

As a single person he adopted a 12-year-old son who is now independent.  He subsequently married and he and his wife Jeanette have two children, one with special needs.